A Nutrition Review of Nutella and Other Chocolate-Hazelnut Spreads Part 4: A Master List 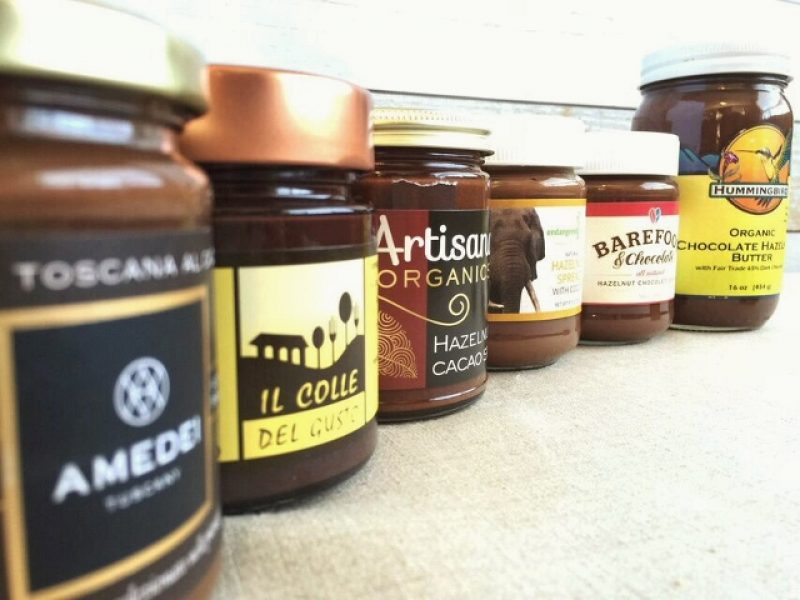 I’ve been writing about Nutella and its copycats since this blog began 3 years ago. Apparently there’s a lot to say about chocolate-hazelnut spreads because it’s spawned 3 of my most popular posts. (You can find 1, 2, and 3 here if you’re into historical nutrition non-fiction.) Today’s post makes number 4.

It seems like there are more imitators than ever before on the shelves, which may explain why I have 6 new jars of dark brown goodness to share since the last nutty post in February 2014. With all the details about cost, calories, and consistency from the multitude of products I’ve reviewed before, I thought it was about time to pull all pertinents and such from the past Nutella blogs into one handy chart for comparison. That’s right. Nutella and 15 of its closest friends are getting a side-by-side nutrition review. 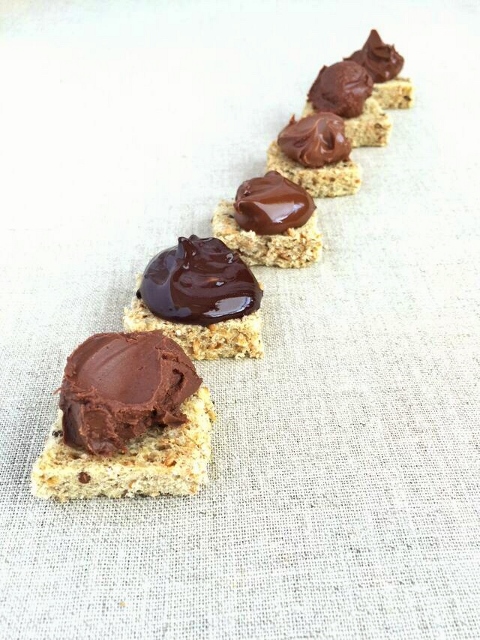 A few notes about the new kids on the block for this post: 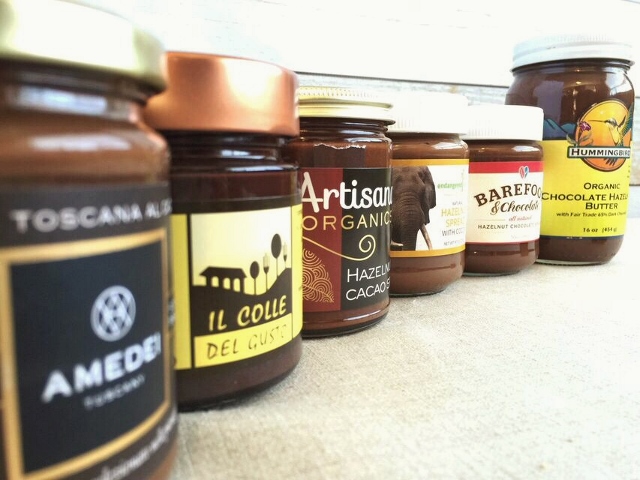 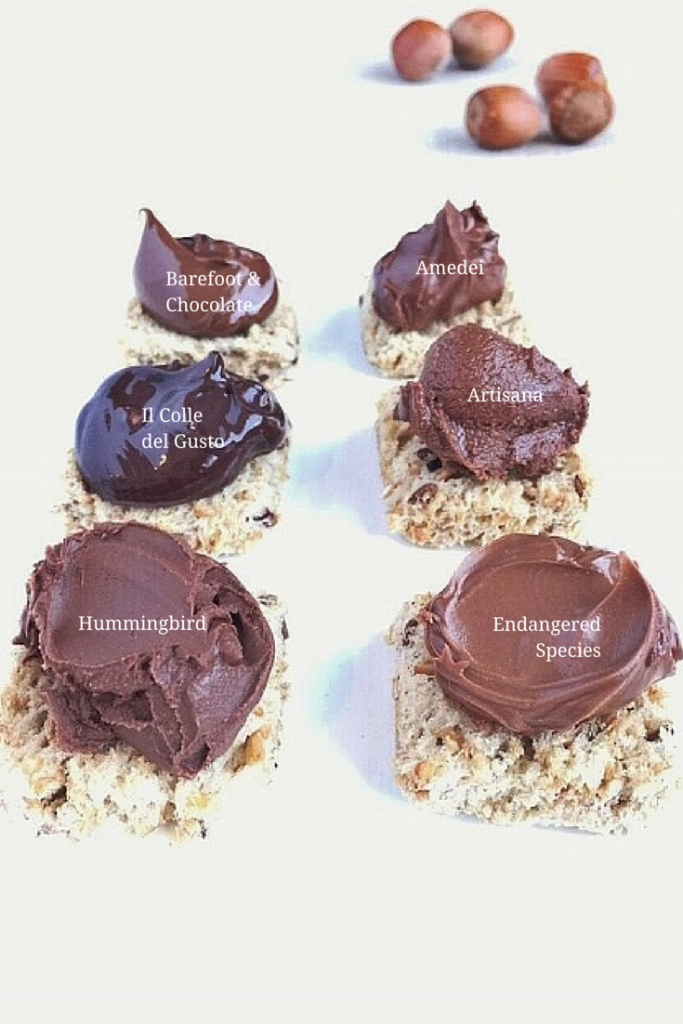 Here’s how they look nutritionally compared to the other brands I’ve tested in the past. The delicious data is broken up into two tables for easier viewing, and you can use the scroll bar to move to the right and see each and every listing.

A few things to consider about data in the table:

After many serious tastings and careful thought, my favorites in terms of flavor and nutrition are listed below. Not surprisingly, all five start with hazelnuts as their first ingredient.

Even though I have favorites, I still say chocolate-hazelnut spread is a decadent treat that probably shouldn’t become a daily habit. If you’re going to indulge, try to find one with a reasonable nutrition profile and a taste that makes you happy. And of course, the calories, fat, sugar, etc. all come down to portion control. I keep to 2 tablespoons or less.

This Nutella stuff just seems to keep on giving: one post a year for the life of this blog. Guess chances are pretty good we’ll revisit this tasty topic in 2016 as well. Until then, here’s what’s on my wish list: Rawmio Original Hazelnut Chocolate Butter, Loacker Hazelnut Spread, Maisie Jane’s Chocolate Hazelnut Butter, and Cinnamon Daddy Mactella.

After all this serious research, the sweet brown stuff has gone and inspired me. Coming soon on the blog: my very own recipe for homemade Nutella. Guess I should add myself to the growing list of imitators.

Do you enjoy any of these delicious spreads from the dark side? If so, do you stick with the true original or venture out with one of the imitators?

4 thoughts on “A Nutrition Review of Nutella and Other Chocolate-Hazelnut Spreads Part 4: A Master List”