5 Lessons Learned at the American Association of Diabetes Educators Conference 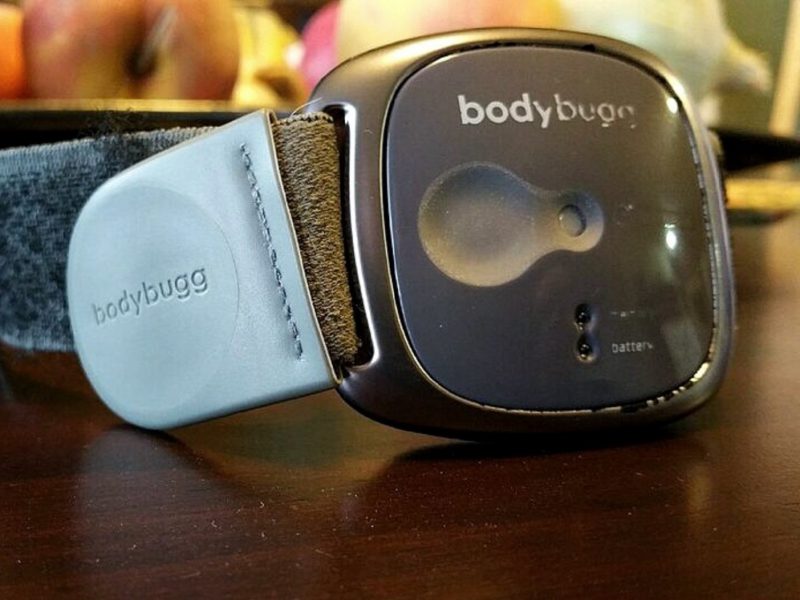 There’s no doubt our food choices affect our health. So it shouldn’t be too surprising that they can make a significant difference once we’re already sick, too. As chronic diseases go, diabetes probably tops the list as one that can be managed or improved with lifestyle choices, so nutrition is a big part of the treatment. And there’s a constant flow of research on the topic to stay abreast of. So off I went to New Orleans to the national meeting of the American Association of Diabetes Educators to get smarter. (And eat.)

I attended 19 sessions in 4 days and learned oodles. I’ve whittled it all down to just a few memorable takeaways to share with you. Even if you don’t have a particular interest in diabetes, I think all 5 on the list are worth taking a peek at since they go beyond the broader scope of a single disease.

5. Diabetes is Present Before We’re Good at Finding It

Pre-diabetes has been identified as sort of a red flag that can be diagnosed in someone before they develop full-blown type 2 diabetes. We find it with tests that measure blood glucose by identifying those values that are above certain targets. But some scientists believe the body shows signs long before pre-diabetes even shows up, called the pre-symptomatic stage, or as one presenter noted, “There is lots of pathophysiology going on in the body before we can classify it with numbers and values.”

The cause of pre-diabetes and type 2 diabetes is most likely some combination of a genetic predisposition and lifestyle habits. As pharmacist Jeremy Johnson noted, “Our Western lifestyle isn’t the best for avoiding diabetes.”

This situation is reminiscent of our healthcare system and its focus on treating instead of preventing illness. I think many people feel like they don’t need to worry about their diet until they get a diagnosis of high cholesterol or high blood pressure. But what if we turned that philosophy on its head and tried to keep ourselves healthy in the first place? What if we started choosing healthy lifestyle habits before our bodies started telling us they were sick? Maybe we could do some good.

In the case of pre-diabetes, the recommended treatment would be weight loss of 7% (for example, losing 14 lbs. if you weigh 200 lbs.) and 150 minutes of activity per week. Research from the Diabetes Prevention Program (DPP) shows us this combination can delay a diagnosis:

“The DPP’s results indicate that millions of high-risk people can delay or avoid developing type 2 diabetes by losing weight through regular physical activity and a diet low in fat and calories.”

It also shows the positive power of daily food and activity choices in the fight against disease. Why not strive to maintain health with these habits to begin with and get a jump-start on a healthful future? Maybe Benjamin Franklin had it right when he said, “Don’t put off until tomorrow what you can do today.”

4. The Artificial Pancreas Will Probably Be Here in 2017

If you know anyone with type 1 diabetes, you’ve seen that technology is a huge part of their treatment. A blood glucose monitor uses specially designed strips to give them a blood sugar reading multiple times a day in under 5 seconds. An insulin pen eliminates the need for carrying around a bottle of insulin and a syringe. And an insulin pump minimizes the number of daily pokes needed to administer the life-saving hormone. And if you know any technology nerds, you know they like solving problems with their giant brains and smart designs.

Well, technology continues to advance at a remarkable rate and healthcare is a continuous source of problems that need solving. The next step, the holy grail of diabetes management, would be a closed loop system with a fully automated pump that could detect and remedy blood sugar lows and highs without the patient having to evaluate readings and calculate dosages on their own; in effect, a device that would do what a properly-functioning pancreas would do. After many years of wishing and hoping and waiting, several companies are now in production and they’re optimistically predicting availability of an artificial pancreas in 2 years. The first ones will likely only have insulin, but future models would include other hormones like glucagon and amylin, to more closely resemble a fully functioning blood glucose management system that our bodies rely on. It will be life changing.

Other advances the tech geeks are working on? Smart insulin that only works if you need it (which would prevent hypoglycemic episodes when insulin is dosed incorrectly), rapid acting inhaled insulin (which would minimize needle pokes), and administration of encapsulated islet cells (which may be able to replace the damaged pancreatic cells and begin producing insulin again). Genius.

…and maybe when you’re older, have previous nutrition knowledge, or are motivated to eat right. Essentially, not everyone is using the labels, or using them in the same way, and not everyone who is using them is understanding them, based on their individual characteristics.

We can evaluate how nutrition labels are perceived and used by using eye tracking technology (Where does the eye go first after you pick up a can of Pringles?) and by asking people to compare nutrition facts on two products and pick the healthier one. In doing so, we learn some fascinating things about how these little panels of numbers are actually used. Some tidbits from the research presented at the session “Adequate Nutrition Label Literacy May Be Less Common Than You Think” by Lisa Soederberg Miller included:

There are a lot of numbers on that little rectangle on the side of your peanut butter jar. While it may seem straight forward, this research reminded me that it takes several different types of skills to make sense of it all. 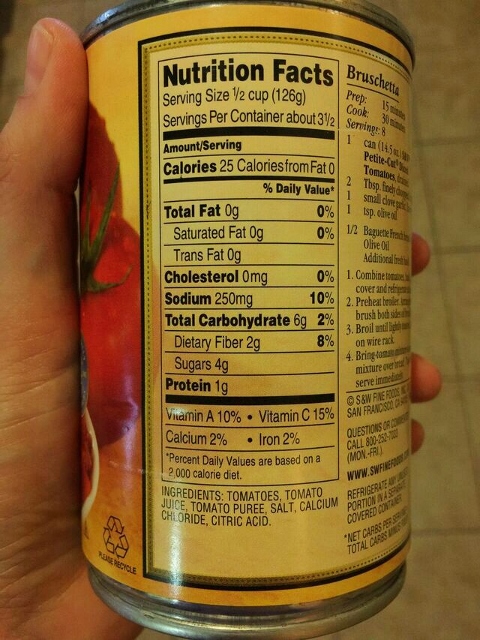 2. Health Tracking is a Valuable Tool in Sickness and in Health

Technology strikes again. There were several sessions that focused on technology and health, two of which highlighted the rise in popularity of health tracking tools and apps. The first was by Susannah Fox, Chief Technology Officer of the U.S. Department of Health & Human Services, and she shared some interesting statistics:

The second speaker was Sharecare Chairman and CEO Jeff Arnold. He’s looking at both the big picture of health tracking from an industry perspective in addition to the tiny daily details of actually logging data. Here are some of his memorable quotes:

In case you’re wondering, his answers to these massive questions pretty much all lead back to your smart phone and making healthcare convenient. He thinks very soon doctors and dietitians will be prescribing specific health apps to patients. He thinks we’ll start booking appointments with diabetes educators like we make reservations with restaurants using apps modeled after OpenTable, and that we’ll have our medical information scanned from our phone when we walk in the front door of a medical office, instead of spending 15 minutes filling out forms on a clipboard. He also thinks apps like Mood Ring will track our stress level by monitoring our voices while other apps digitally assess our photos to give clues to our happiness levels with certain people and in certain locations and then make suggestions to us when we need to relax. Essentially, because they are constantly with us and capable of so much personal data management, our phones could become the center of our self-care and healthcare universe.

I don’t know about you, but I personally find health tracking to be incredibly valuable. I track calories and nutrient intake on My Fitness Pal, and I wear a Body Bugg to get a handle on my daily calorie expenditure. I feel like I make the best decisions about managing my calcium intake or body weight, for example, if I’m measuring them on a regular basis.

1. Tulane University is Training Future Doctors in the Kitchen

That’s right. Dr. Timothy Harlan is changing the face of medical education. The Goldring Center for Culinary Medicine teaches their medical students about how food choices can affect disease for better or worse, in an actual kitchen. As a result their students are 2.3 times more likely to believe that nutrition counseling should be part of any routine medical appointment, 4 times as likely to understand the potential advantages and disadvantages of a vegetarian diet, and 8 times as likely to understand the Mediterranean diet principles and its health effects. In a country where only one quarter of medical schools offer the recommended 25 hours of nutrition education and physicians are woefully underexposed to nutrition science, this is revolutionary in the best way possible.

Maybe I should be concerned, because a lot of this sounds like a dietitian’s job is being given to doctors. But I’m beginning to realize that people need to hear messages multiple times in multiple ways before they stick and actually engender change. And what better way to support a patient than to present a united front as their healthcare team, sharing the same messages?

Next on Tulane’s list of innovations? Delivering diabetes education in the kitchen. Instead of just educating someone on healthy food with a handout, they’ll actually be teaching people what to eat by cooking and eating alongside them. You can’t get much better than that.

I pretty much liked everything Dr. Harlan had to say, but I’ll share just 3 of his best quotes:

There is so very, very much to learn about nutrition and diabetes and eating behaviors and health and habits that it feels good to immerse myself in the science for a few days every once in a while and come out feeling re-energized to educate anyone who wants to listen. Since this post has been about smart things that other people said at the conference, I’ll finish with another memorable quote. Jeremy Johnson described a common refrain of resistance he hears from people when he suggests they may need to change their diet to improve their health:

“It’s what my family eats. It’s what we’ve always eaten. It’s normal to eat this way. You’re telling me I shouldn’t be normal?”

Since the “normal” person in this country is overweight, sedentary, and eating the disease-causing Standard American Diet, then my answer would be a resounding YES!

Any items on the list strike a chord with you? Something you maybe want to learn more about?